This video will walk you through playing Taka Taka Stop Stop in its entirety. Once you can play the whole song, try playing the same notes with the other Twinkle Variation rhythms.

The notes for the whole song can be divided into three parts.

Part Three:
Same as Part One

Taka Taka Stop Stop is the first of Suzuki's Twinkle Variations.  I made this video to show students how to play the first part of the song. All of the variations have the same notes; the only thing that makes them different is that your bow plays a different rhythm on each of the notes.

Get Up and Dance! 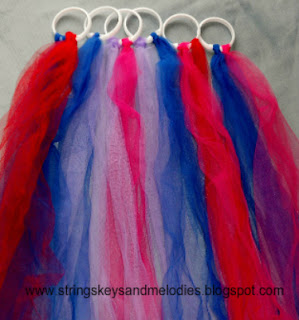 Believe it or not, everyone can dance!


You can dance and move to music with your child!


Dancing and moving to music allows a child to:

How to dance in a few easy steps

Dancing ribbons are so popular with my students.  Every week they beg to use the ribbons.


The ribbons turn every song into a special event.  The handles make them extremely easy to hold.


With ribbons you can: 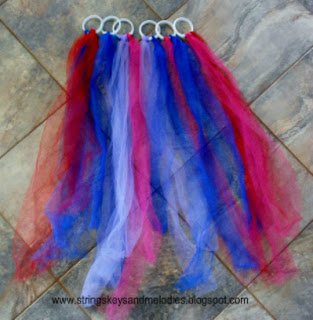 To make your own ribbons you will need:

Music Ideas to Dance to:


The Nutcracker by Tchaikovsky


Now put on some music and get moving!

The Rhythms of the Suzuki Twinkle Variations

Every teacher has their own names for the variations, and I change mine every couple of months, but here are the names I am using right now:
Taka Taka Stop Stop
Apple my Apple (you could substitute "apple" for the student's name)
Run Pony, Run Pony
Strawberry Blueberry
See you Later Alligator
Twinkle, Twinkle Little Star

Here is a video I made that shows how to play the rhythms of the five variations on the "A" and "E"strings.

Beginning students can watch this and then practice the rhythms on their open strings.
﻿
Posted by Rachel J at 5:57 PM 4 comments:

Learn the Names of the Keys with These Easy Songs

New to the piano?

The first step is to learn the names of the keys! 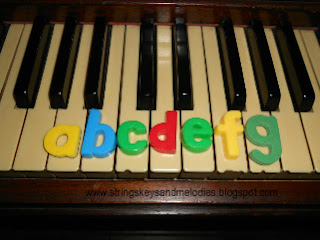 Watch this video to see a few of the easy songs we use to practice the note names.  Play the keys and sing along too!

I have made a video to help those students who are learning Star Wars on the piano.

*Remember the ties mean you won't play the note again but will continue counting.

*And get your left hand ready to reach for High C and put it back again to play in its regular place.

Watch the video and then go practice! 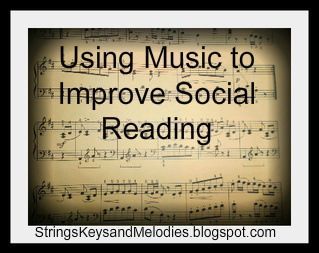 Is my friend happy?


Is my brother sad?

Did I just make the grocery clerk angry?

To read these people’s emotions, we need to look at their facial expressions, body language, and tone of voice and feel the tension in the air.  It takes a combination of insights to accurately read how a person is feeling. Some children are really good at seeing how people feel and other children walk through life unconcerned about anyone else’s emotions or feelings. Using music is a  great way to practice social reading.


Music conveys emotions and feelings and we can make a game out of figuring out what the music is trying to tell us.


Does this song sound happy or sad?


Put on some music without lyrics and ask how the music makes you feel.  Music is full of complex emotions and is a great place to start. Either simply listen to the music or have your child act as the conductor as you play the music.  Explain that the conductor doesn’t dance but helps the musicians know what emotions and feelings the music is conveying.


Just like our tone of speech tells if we are happy or sad, the key the music is written and played in tells if it is happy or sad.  Major tones tend to be happy and carefree.  Minor tones are often heard as sad and gloomy.


As you listen to the music, ask:


Is the music fast or slow?


Is it happy or sad?


Is it loud or soft?


Is it peaceful or agitating?


How does the music make you feel?


Classical music is full of emotions, changing from one emotion to another and then back again.  See if you and your child can follow these emotional changes.


Song ideas to start with:


Haydn’s Surprise Symphony – loud and soft and full of surprises!


Handel’s Minuet from Water Music – written for royalty, your child will want to get up and dance the Minuet


Vivaldi’s The Four Seasons – Can you pick out the seasons by the music?


Beethoven’s Moonlight Sonata -full of emotion
Posted by Ms. Tonya at 11:00 AM 4 comments: 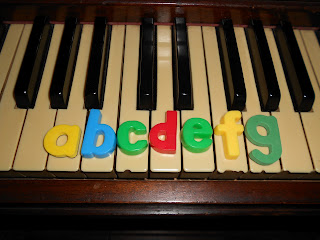 Instead of using plain flashcards, quiz beginning piano students the names of the keys by having them place little letters on the keys.

*Start with C and let them use that as a reference point to add the others.

*When that is easy, try doing one key at a time, taking the letters off as you go.

This is much more fun than plain old flashcards! 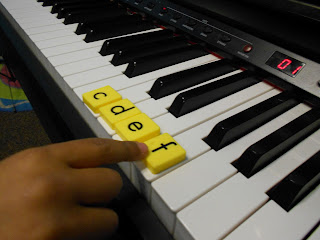 Watch the video and then go to your keyboard and try it on your own.  Come back when you need to watch again!

Let me know in the comments if you like this video.  Thanks.
Posted by Ms. Tonya at 5:24 PM No comments:

"C" Position is a little different than "Middle C"  position.

Now you are set to practice your songs!
Posted by Ms. Tonya at 5:19 PM No comments:


Drumming and tapping out the beat is often our first response when hearing a song.  A catchy tune plays on the radio and our fingers start rapping on the steering wheel.


We can feel the rhythm.


It seems so natural.


Our bodies are full of rhythms:


-breathing in and out


Rhythm is a part of who we are.


That is why drumming can be so much fun for children.


They love to tap away with rhythm sticks or pound with their hands on a drum.


Not all children can feel the beat.  For these children you will need to tap the beat on their lesg or backs.  They need help translating what they hear into what they feel.


Practicing rhythms at home can be very inexpensive!


Rhythm sticks can be found for a few dollars a set.  I have even used unsharpened pencils when sticks were unavailable.


Thighs make great drums!  I really enjoy the sound of hands on thighs and they don’t cost a dime. Just don’t tap too hard! 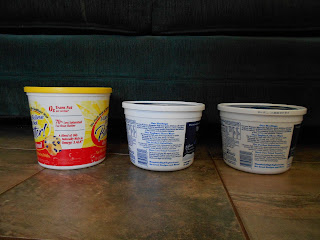 Empty oatmeal containers, large (not individual size) yogurt or margarine containers with lids make great drums.  You can even decorate them!


Pots and pans can be noisy but fun!  Be careful what you pick.  My stainless steal bowls don’t look smooth and pretty anymore!


Put on a CD of any type music (except chanting and New Age relaxation music) and find the beat!


Below is a video I made with my daughter playing The Drum Song.  So get out your yogurt tubs and follow along!

One Ear at a Time

“Children can learn almost anything if they are dancing, tasting, touching, hearing, seeing and feeling information.”  -Jean Houston, Educating the Human Brain


I love this quote.  It makes me think of a perfectly happy child spinning in circles as she is singing and dancing barefoot in a field of green grass and wild flowers with an orchestra of musicians playing beautiful music for her.  Wouldn’t that be the ideal way to learn?  Carefree and happy.


Unfortunately that is not the way it usually works out for our children.


So many of my students have a hard time listening.  Some can’t hear well.  Some have trouble processing the information that is spoken to them.  Some are so easily distracted they can’t pay attention to what is being said because they are off doing something else.


This week I was reading a book that explained that some children can’t process information when it is spoken to them.  But when the same instructions are sung to them, they are better able to understand and follow through.


Children with attention problems often have hearing problems.  And it is possible that one ear is better at hearing than the other.  So you need to speak or sing into each ear, one at a time.


In one of my singing classes, there are a couple of 7 year old girls who have a hard time paying attention.  I know they wait all week for singing class.  They love singing and learning new songs.  But when they see each other they can’t keep their hands off each other and start doing cartwheels and pulling on each other for the entire hour.  Now, in my classes we start off with a lot of moving and dancing.  So I am not expecting them to sit in chairs and pay close attention.  I understand children need to move and stomp and feel the rhythms with their entire bodies.  But when it is time to sing I still want them to sing.


So I decided to do an experiment.


Instead of watching them do random movements such as cartwheels and flips, I initiated the movements for each voice warm-up.  During one warm-up, we held hands and swung them back and forth to the beat.  The constant movement helped them pay attention to their singing.


Singing and Speaking in Each Ear


During other warm-ups, I walked around the room bending down and singing in each girl’s ear.  This worked like a miracle!  One student, who always sings too high, off pitch, matched my voice as I was singing in her ear.  It got her attention and she was able to hear my voice and sing on pitch.


I continued singing in their ears, going from one ear to the other so that both ears got a chance to hear my voice up close.  I loved how easy it was for them to then sing on pitch the rest of the class time.


This week, I also tried singing instructions to my classes instead of just saying them.  It did get the children’s attention faster and they were quicker to jump up and follow me to the next activity.


I decided to try the ear experiment at home with my 4 year old daughter.  She has a hard time saying some of her sounds.  We have been working on the” th” sound for words like the, that and this.


I leaned over close to her ear and sang “the” to the tune of “Mary Had a Little Lamb”. Then I leaned over to the other ear and sang the same thing.  When I was done I asked her to say “the” and she said it exactly how she heard me say it!  It was wonderful.  She has not continued to say “th” sounds correctly in her regular speech but when I chant them in her ear she will say it correctly.  So she can do it!  She just needs to keep practicing and hearing it clearly spoken to her.


Wouldn’t it be a wonderful world if everyone sang to their children as they gave directions and taught them new things?  Our children could be dancing and singing as they were learning.  A lot more happy and carefree!
Posted by Ms. Tonya at 10:06 PM 5 comments: 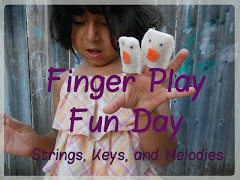 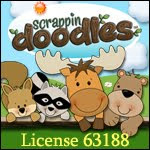 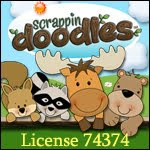